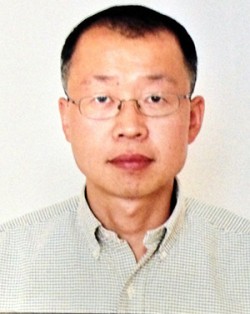 Hyoung Jin (Joe) Cho is a Professor in the Department of Mechanical and Aerospace Engineering at the University of Central Florida. He earned his PhD in Electrical Engineering from the University of Cincinnati in 2002, MS and BS in Materials Engineering from Seoul National University in 1991 and 1989, respectively. He worked as Research Engineer at Korea Electronics Technology Institute (KETI) from 1993 to 1997. He was a recipient of NSF CAREER award in 2004. His main research interest is in the development of microscale actuators, sensors and microfluidic components based on MEMS (micro-electro-mechanical systems) technology.

He has served as the Site Director for the NSF Nanotechnology Undergraduate Education (NUE), and Co-director for Undergraduate Research Experiences (REU) programs. He has interest in project-based teaching and learning in general engineering discipline as well as special domain of micro- and nanotechnology.